When the internet isn’t working, the postal system has gone rogue and a metro strike has brought the city to a grinding halt, the only thing to do is what any good Roman does to recharge; escape the city and surrender to the healing waters of Viterbo.

Viterbo is a small medieval village on the road to Tuscany only a couple of hours outside of Rome. Picturesque in its own right for sure, but what makes it really special is that it’s home to unique healing hot thermal springs. These bodies of water have been attracting health pilgrims since the 3rd century AD. Word of the wellness benefits spread and during medieval times Viterbo became a popular hangout for the Vatican after a hard day congregating with the conclave. 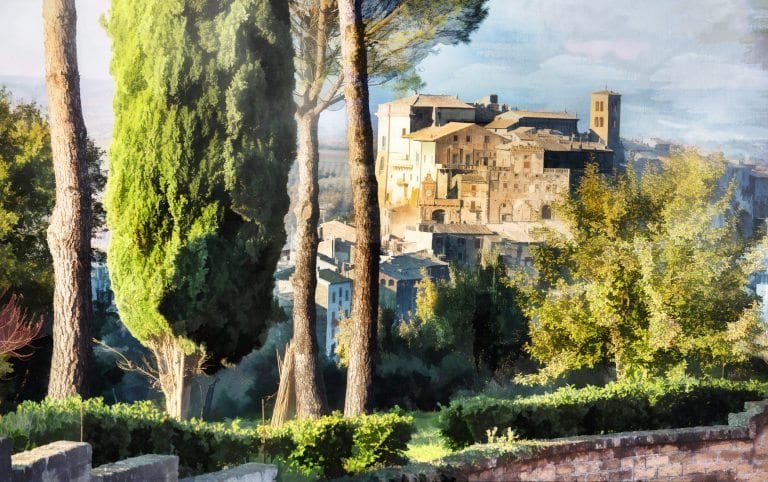 Since the 13th century Roman Pope’s have been visiting the springs to remedy everything from kidney stones to gout. So much so that in 1447 Pope Nicholas V built a palace right on the spring. Today it is known as the “Terme di Papi” (Baths of the Popes).   Previously frequented by Michelangelo and Dante, it has now transformed into a weekend retreat where the everyday ‘popolo’ can come and bask to osmotically draw in the benefits.

On arriving we thought a 30 minute loll in the hot baths would be more than enough before we explored the offerings laid out by the Day Spa, but three hours later we were stupefied at how relaxed and energised we felt melting into the steaming water. The contrast between the crisp winter air and the hot pool is invigorating. However, the real therapeutic benefits come from a mineral rich brew bubbling in from the local spring.

Bullicame Spring is a 12 kilometer fracture in the earth’s crust which have released hyper hot thermal waters. An intense mineral cocktail of iron, sulphurous salts, magnesium, fluoride and calcium bicarbonate bubbling away at 58 degrees Celsius. The springs also churn out a rare kind of mud which is rich in nanobacteria and algae yielding actives like phytosterols, fatty acids, phospholipids and terpenes. The waters and mud are famous for their effect on inflammation, joint and muscular pain and detoxification. 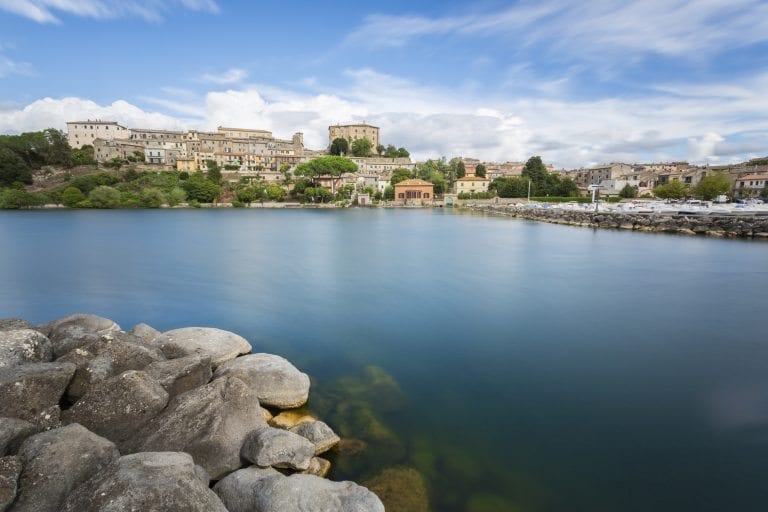 Viterbo is a small medieval village on the road to Tuscany only a couple of hours outside of Rome. Pretty in its own right for sure, but what makes it really special is that it’s home to unique healing hot thermal springs.

What I found particularly interesting was the integration between traditional and Western medicine at The Terme. The Spa works with a team of western medical doctors who after diagnostic consultation prescribe the baths, grottos and springs as part of treatment therapy for a range of ailments including vascular indications, gynecological problems, osteotherapy, gastrointestinal complaints and skin problems. I’ve seen this approach a lot in Italy. There is a beautiful marriage between the two modalities.  Most pharmacies will first offer a herbal alternative, usually more potent and effective for every day ailments; while doctors integrate homeopathy and acupuncture into their consultations. Most Italians are likely to visit their local “Erborista” (herbalist) before their doctor.

The Terme also promote a range of medicinal inspired treatments capturing the waters unique immune building and antibacterial properties ranging from inhalation therapies for the nasal passages, mouth and gums, to genitourinary treatments including vaginal irrigation and pelvic mud therapies.  For complete relaxation the Hydrosound Baths recommend nurturing sensory and emotional therapies including underwater massage, Watsu and Ai-Chai (Thai Chi in water). It seems the offerings are endless.

For me spending an evening watching the sun set from gold to pink in the cold air while the warm steaming baths infused the magic of their minerals will be forever unforgettable. A wonderful opportunity for deep relaxation before returning to Australia.

So sure, I get that the transportation and postal service may not be their strong suits, but the Romans certainly did get some things right.

Botanical Skin Solutions
When we think about skincare we often compare active against natural, right? Let's consider for a moment that the skin is your largest and most ...
Global Skin Trends
Ciao da Italia Ragazzi! I’m here at Cosmoprof Bologna, the world’s leading international professional beauty exhibition. This year celebrates the ...
Clean and Green Cosmeceuticals
Skin works hard.  Putting aesthetics aside for a moment, our health relies on our skin to protect us from our environment, make Vitamin D, ...
Apothecary Secrets
I’m going to give you an insight into the intricate process behind the Waterlily formulations, a back of house sneak-peak into the mysterious world ...
Do Waterlily products contain sunscreen?
Australians are sturdy. And lucky for that! Harsh climatic conditions are the theme of an Australian lifestyle. Our ongoing challenge with bush ...

The ultimate in skin hydration.

“Creating space for daily rituals of self care is the first step towards a luminous, beautiful complexion and a lifestyle that embraces health and vitality.”